Outside the Protective Circle 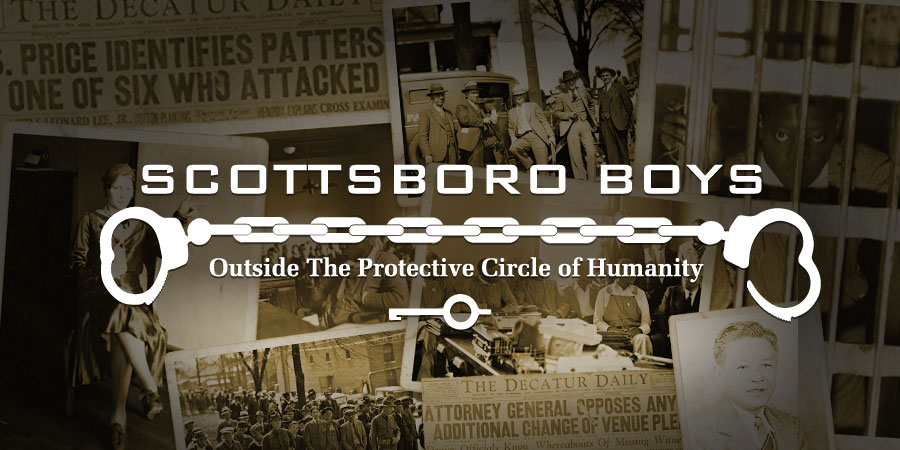 In March of 1931, Haywood Patterson and eight other black teens hopped a train in Chattanooga, Tennessee, headed to Memphis to look for work.  Shortly after the train crossed into Alabama, a fight broke out between black and white riders, and the whites were forced off.  When a posse stopped and searched the train, they found the youths and two white women, who accused them of rape.  The posse arrested the nine and took them to the jail in Scottsboro, Alabama. Two weeks later, they were tried in perfunctory proceedings and a jury sentenced eight to death.

After public outcry and a successful appeal to the U.S. Supreme Court, the defendants were granted new trials in Decatur, Alabama. Fred Hiroshige, a Japanese-American, was one of only six photographers who were allowed to document this trial with a camera. In 1998, the Morgan County Commission acquired 127 black and white negatives for the permanent collection of the Morgan County Archives and McWhorter Communications is honored to have been selected to present this story to you through a new traveling exhibit.

The “Scottsboro Boys”: Outside The Protective Circle of Humanity is now showing at The Carnegie Art Center in Decatur and is free to the public. Only through knowledge can we prevent history from repeating itself. For more information CarnegieArts.org.